This conference is an opportunity for individuals from academia, industry, and the local community to share their experience in areas related to NASA strategic interests.  It is also a forum where MSGC Fellowship recipients can present the results of their research and where MSGC Educational Program award winners can share about the impact of their efforts.  The conference is free to all, but registration is required for planning purposes. Everyone is welcome to attend.

Make sure to read and review the MSGC Meeting Code of Conduct.

Due to the number of presentations, we cannot accommodate requested presentation times. Out of respect for those presenting at the conference, attendees & participants are expected to attend the full remainder of the conference. 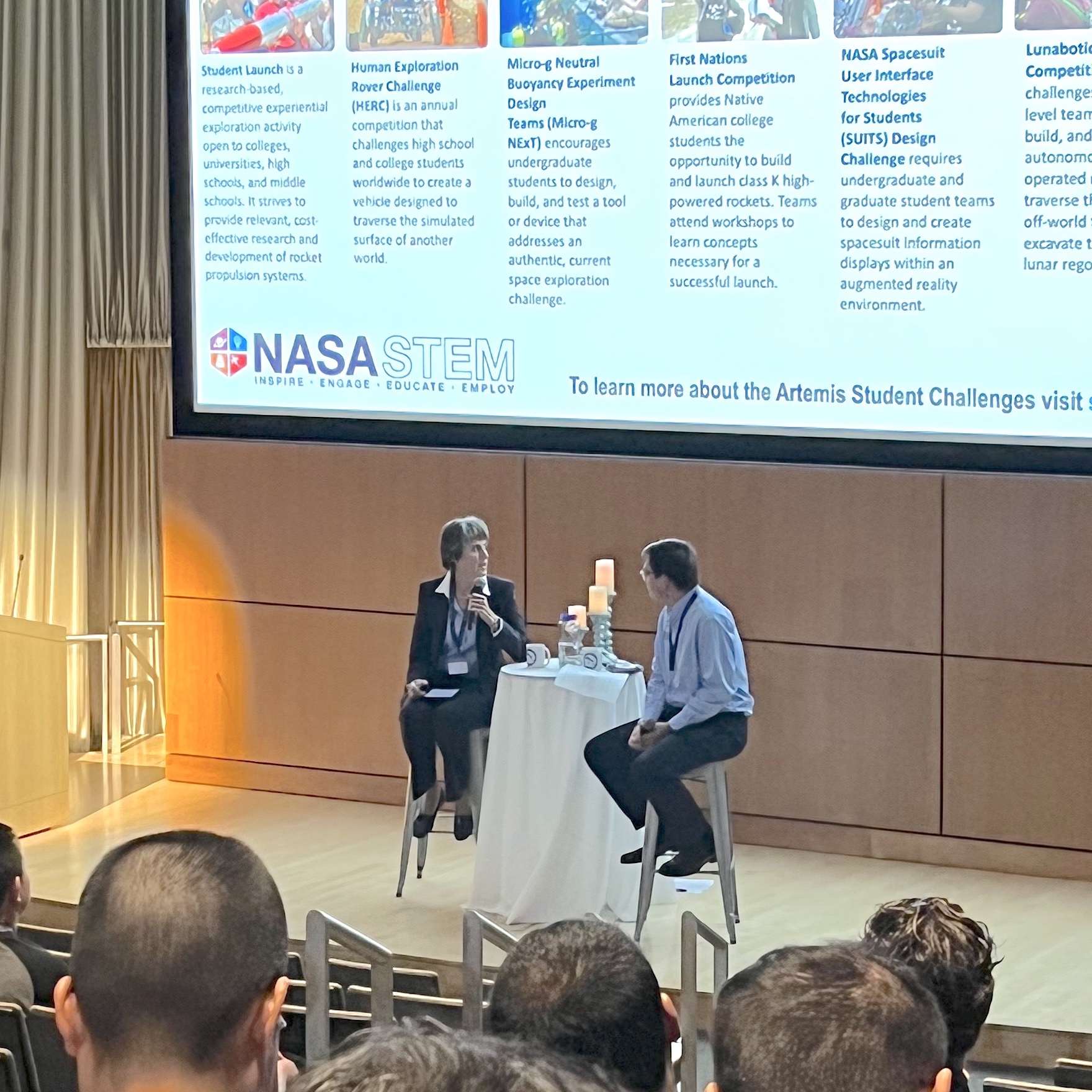 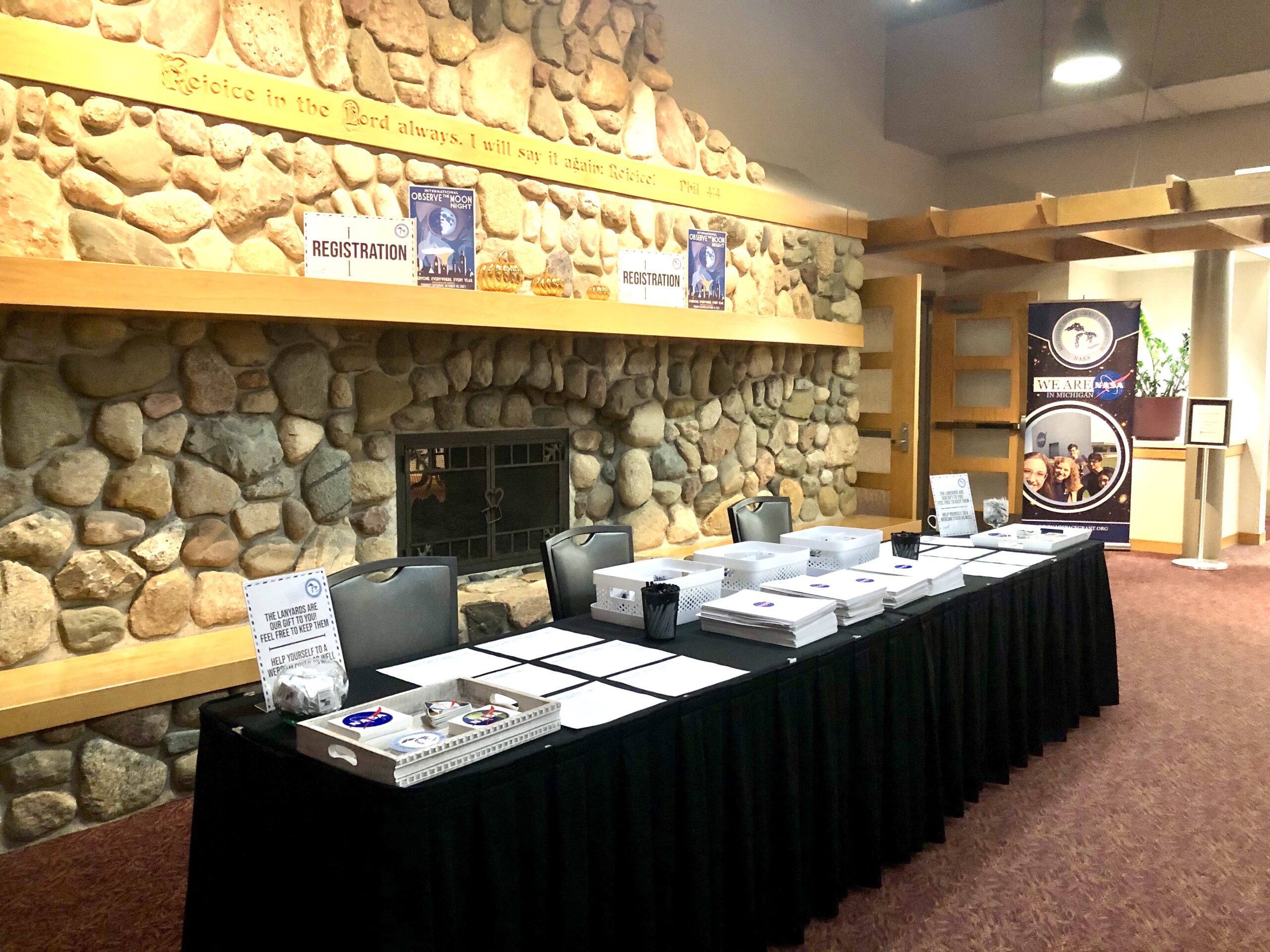 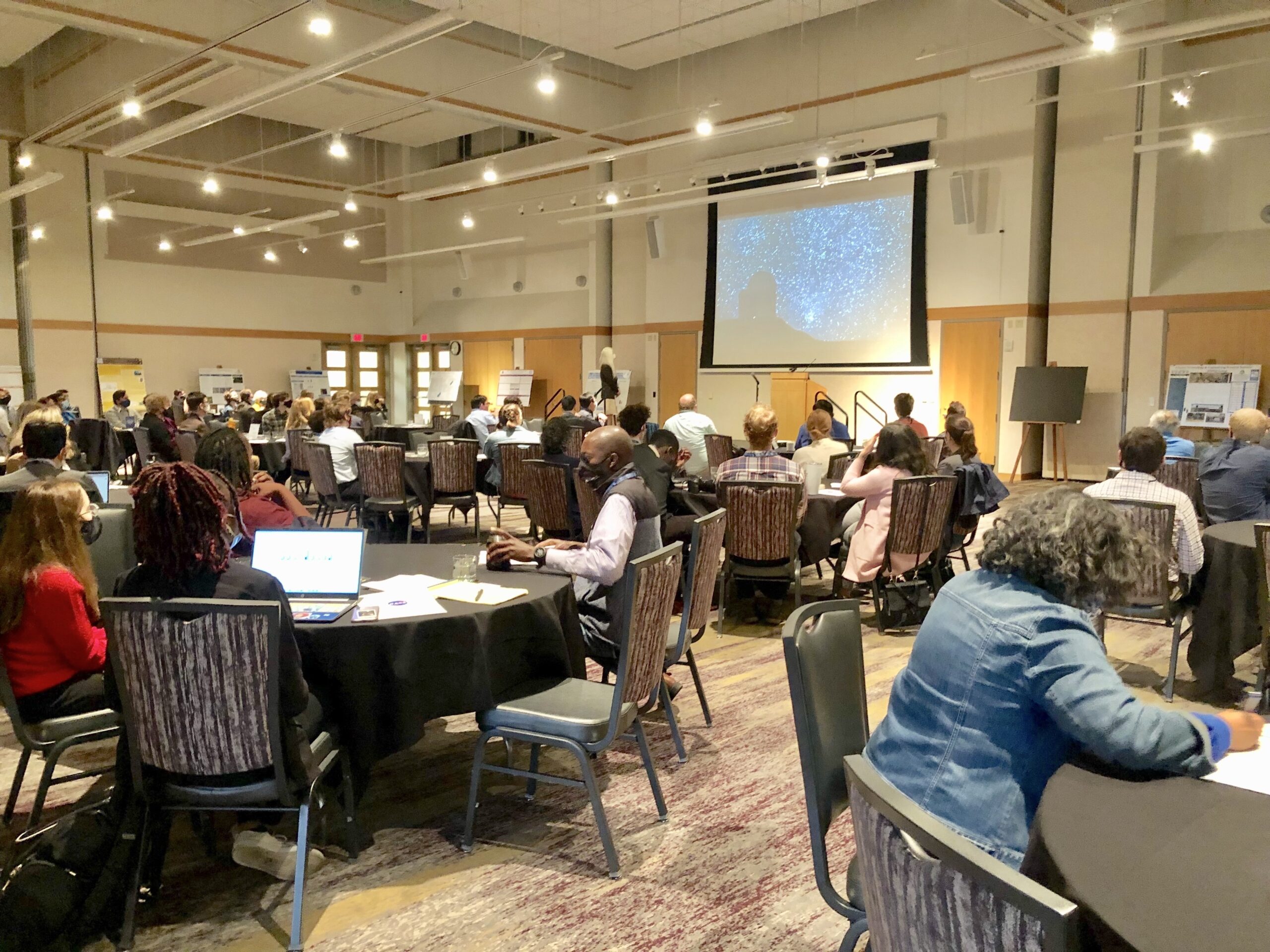 Parking will be free the day of the conference. Download the Parking Map for directions to the available parking garage. 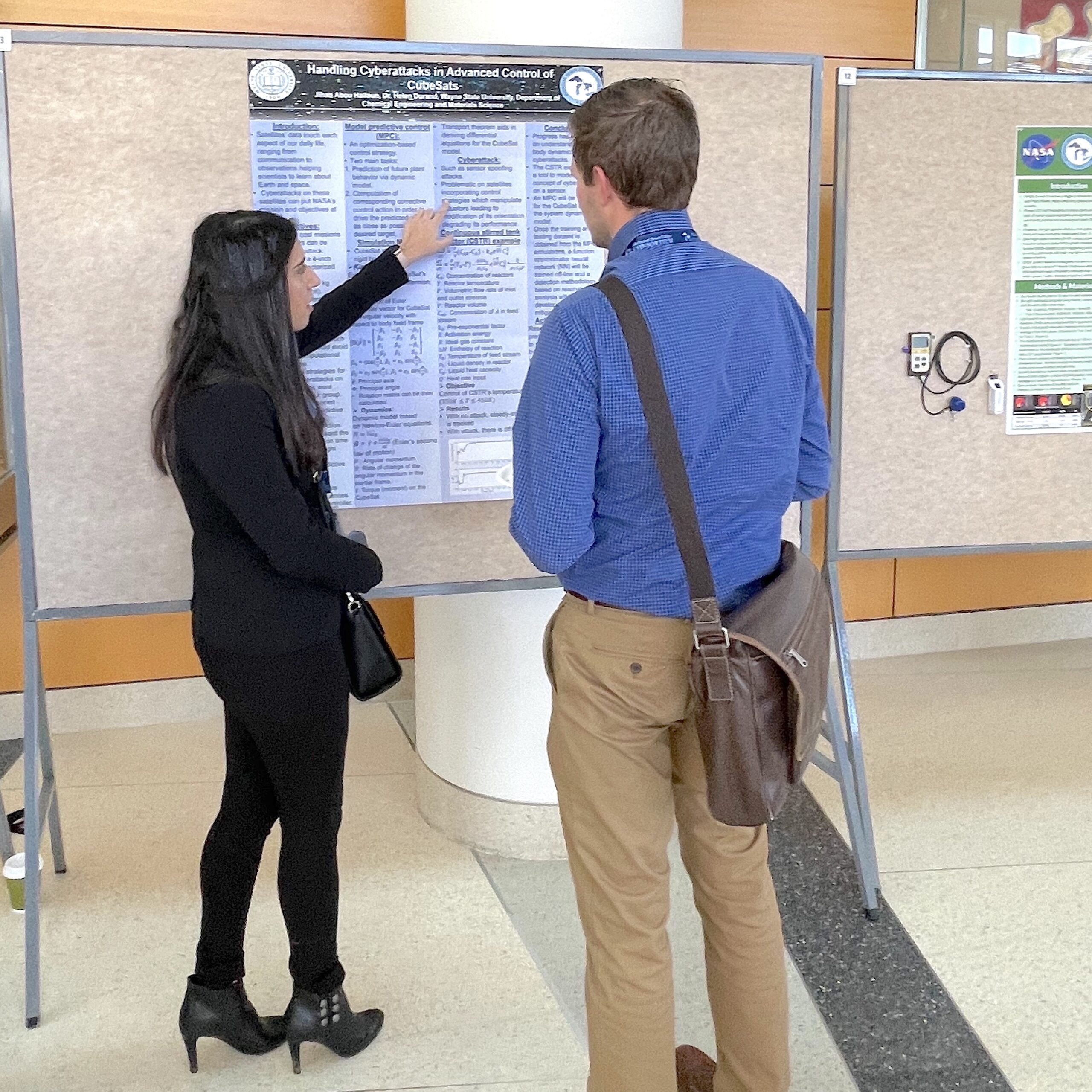 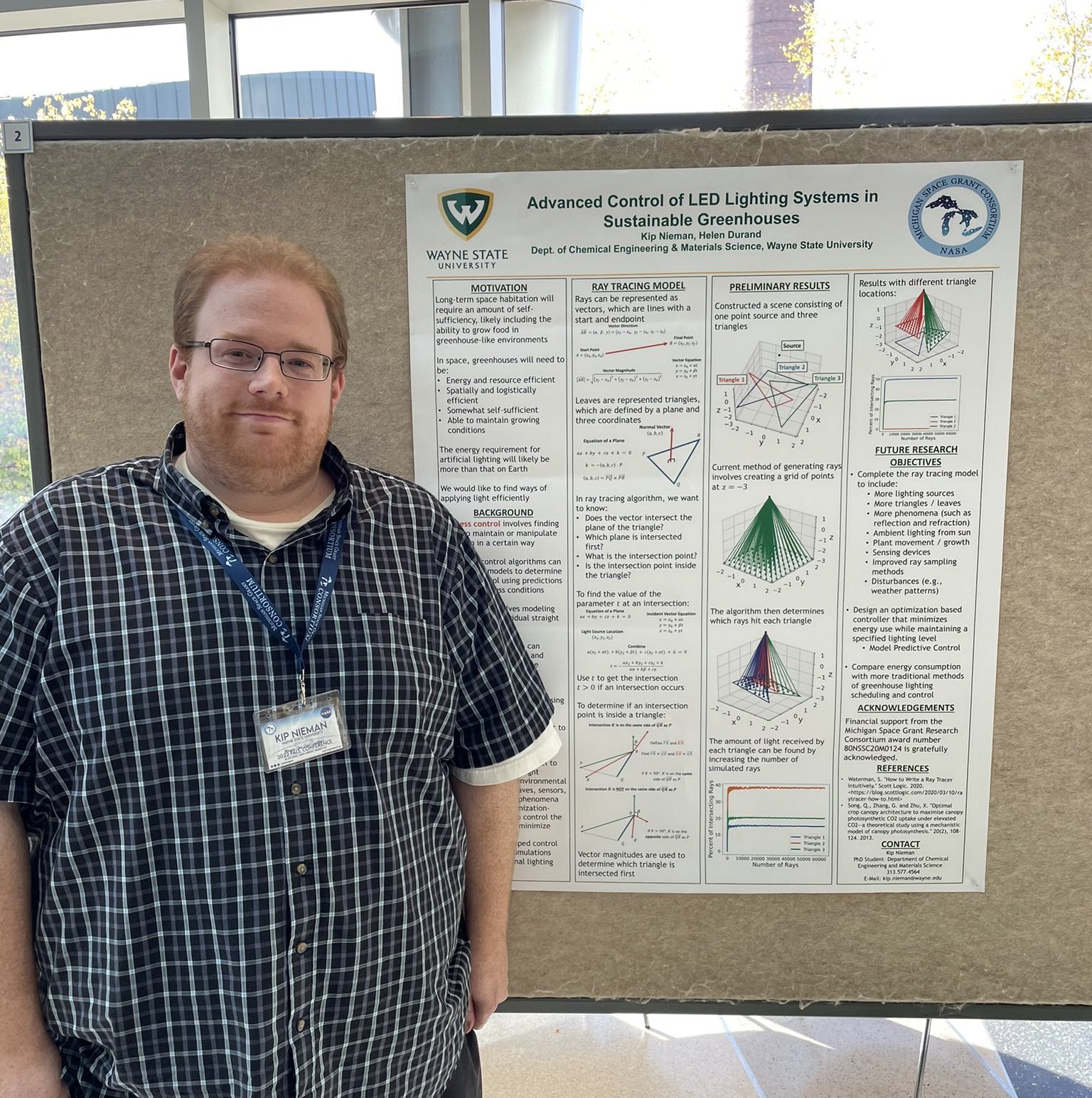 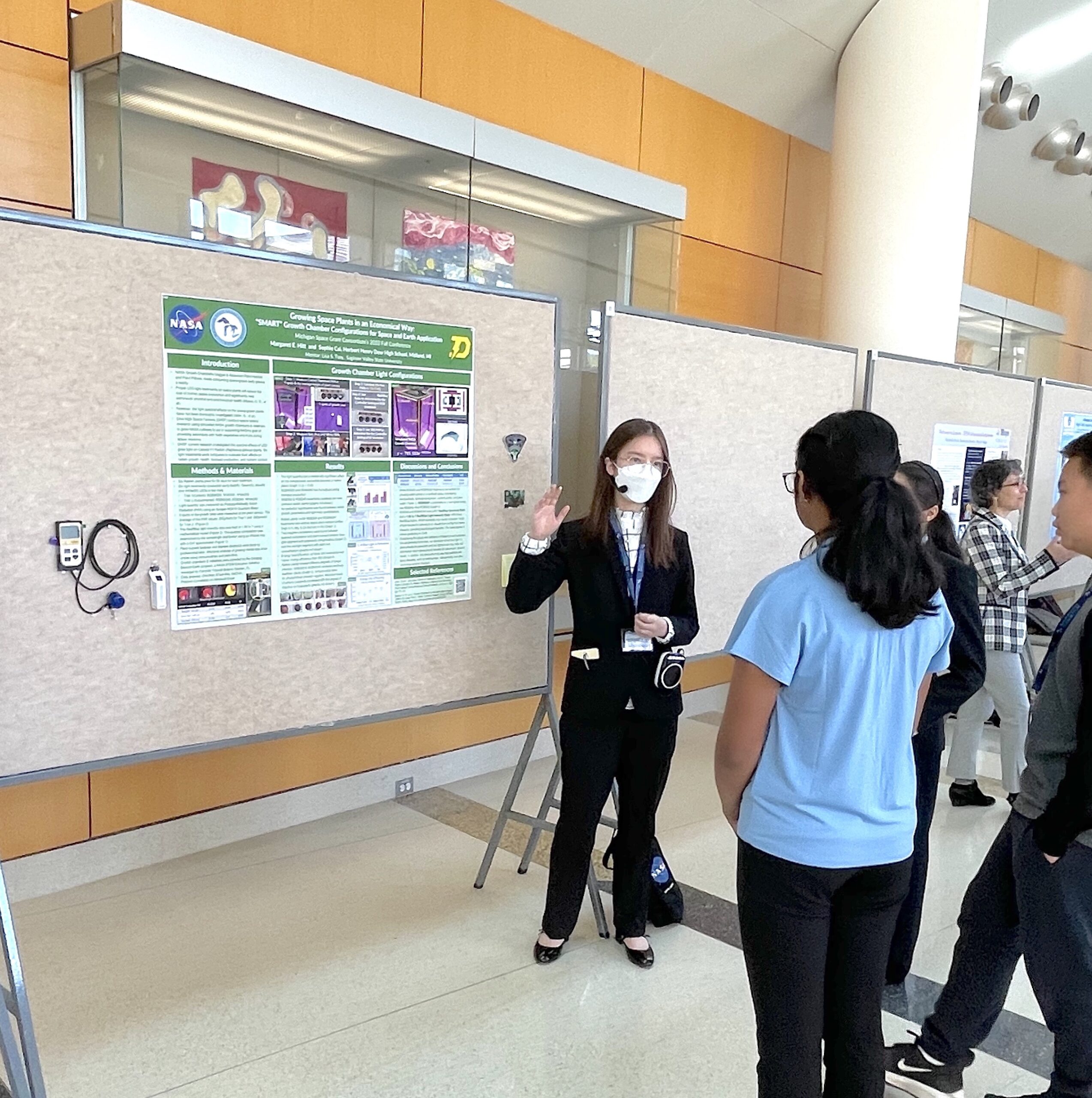 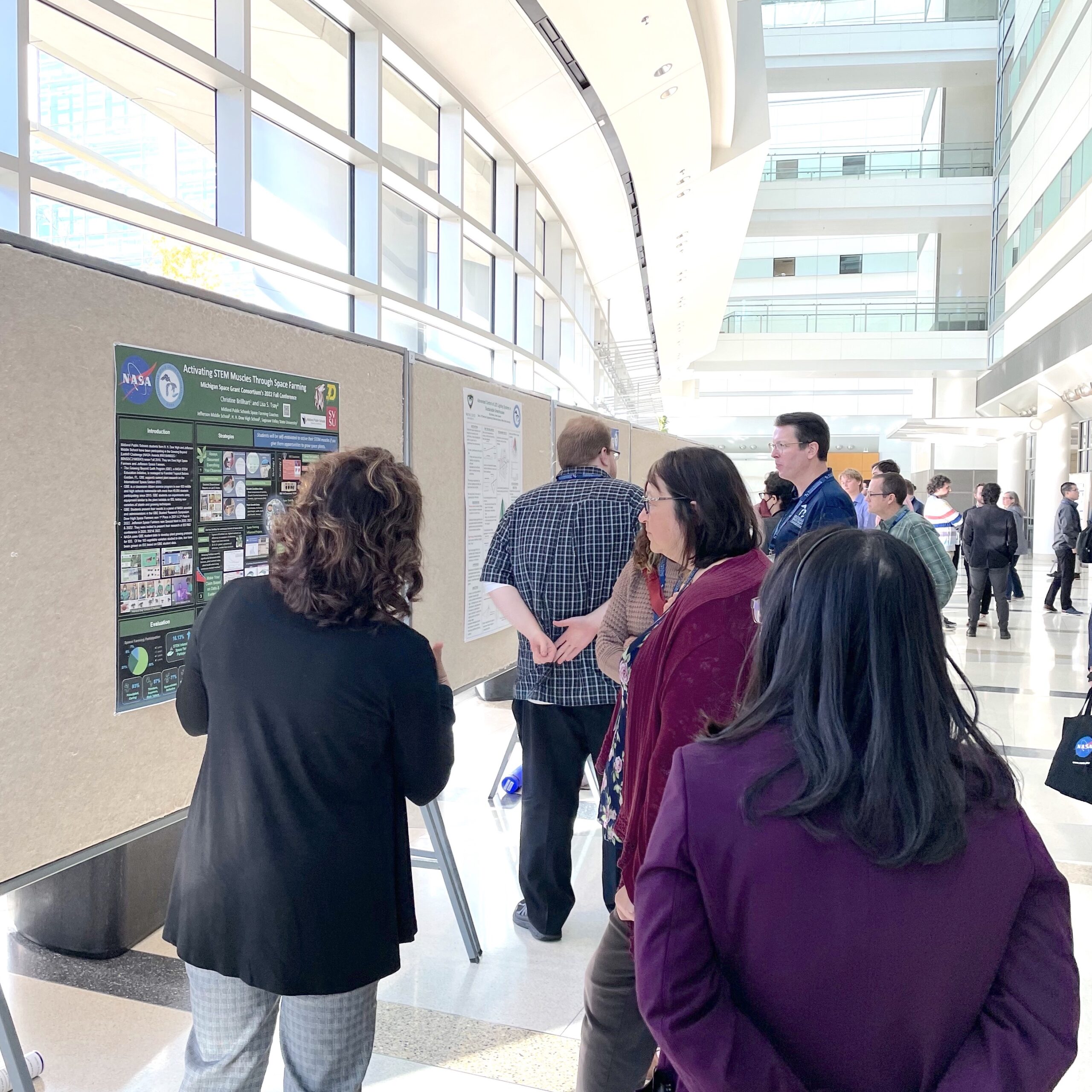 Ideally most presenters at the conference will be MSGC award recipients from the 2022-2023 academic year and those from 2021-2022 who have not yet had a chance to present their work.

If presenters request to give a talk, they will be informed by September 23, 2022 whether or not that will fit into the schedule for the day or whether their presentation will need to be a poster. 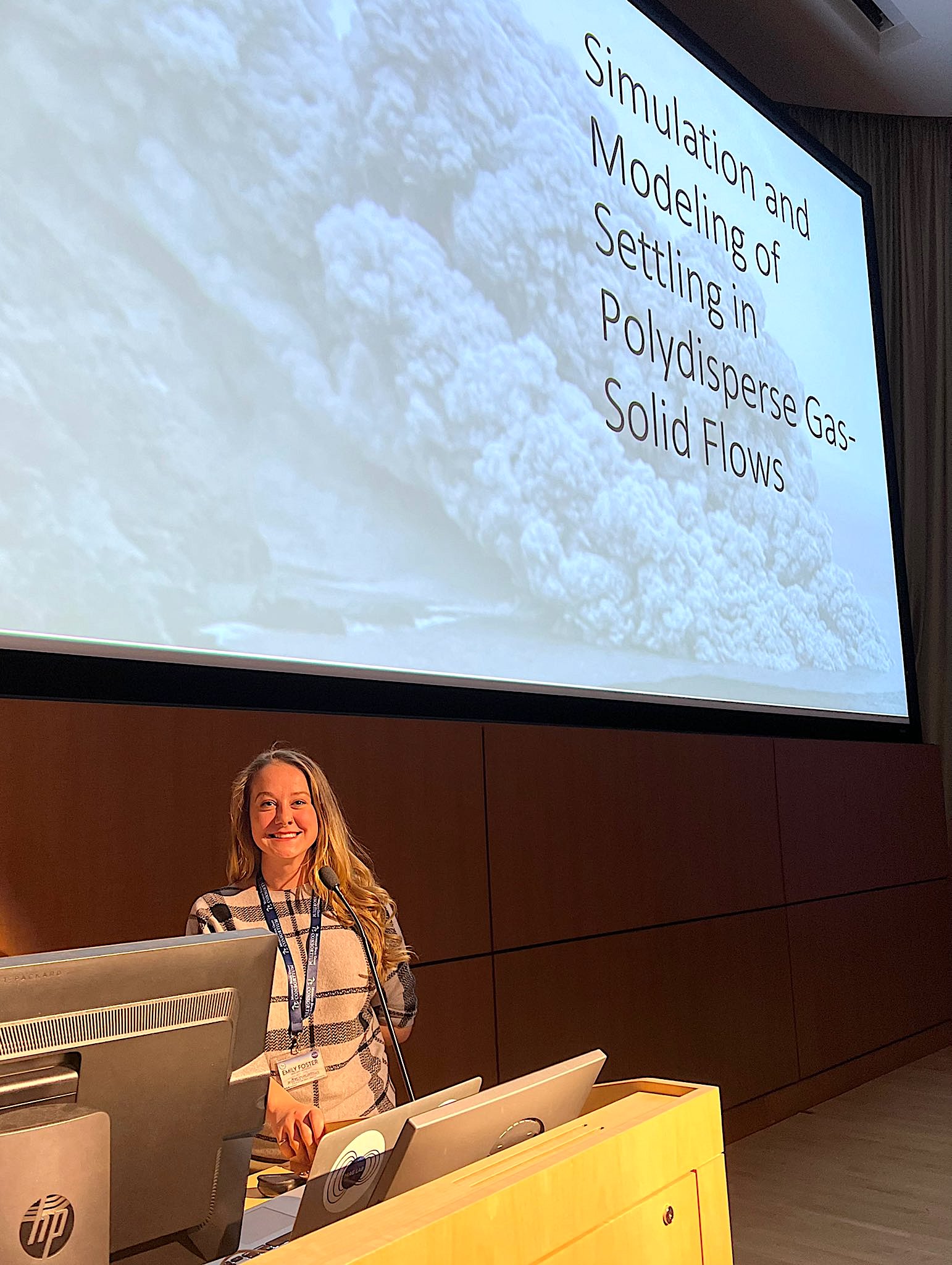 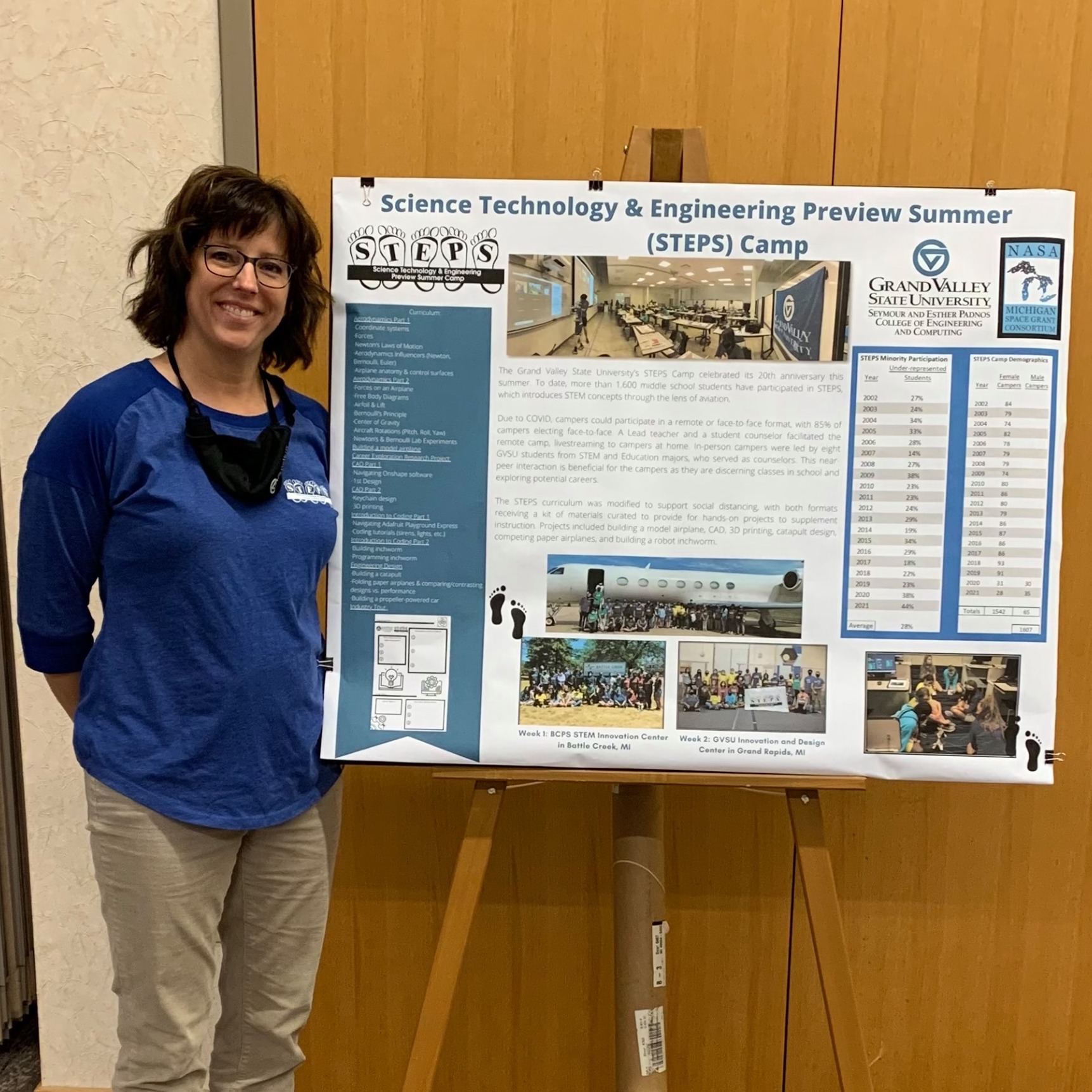 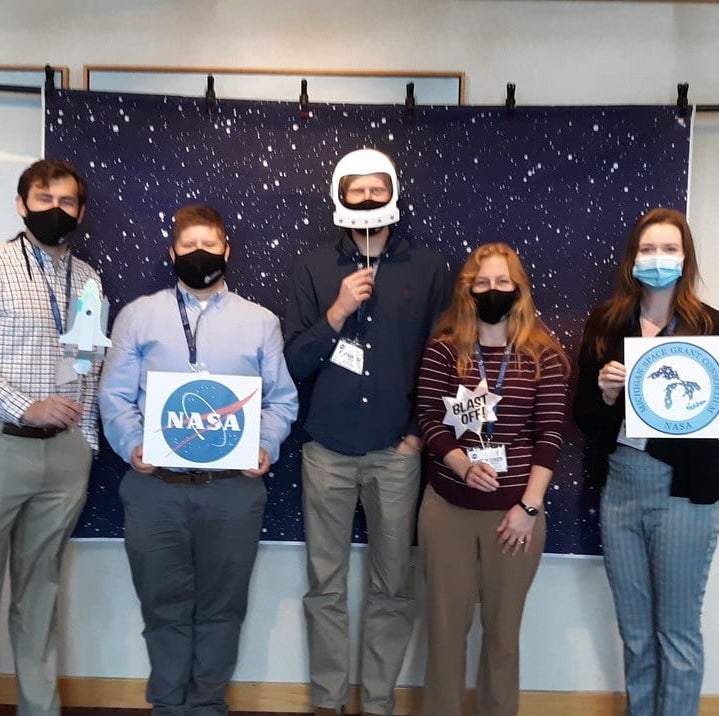 If you need assistance with lodging or mileage reimbursement for the Fall Conference please contact the MSGC Team at mispacegrant@umich.edu by September 20, 2022. 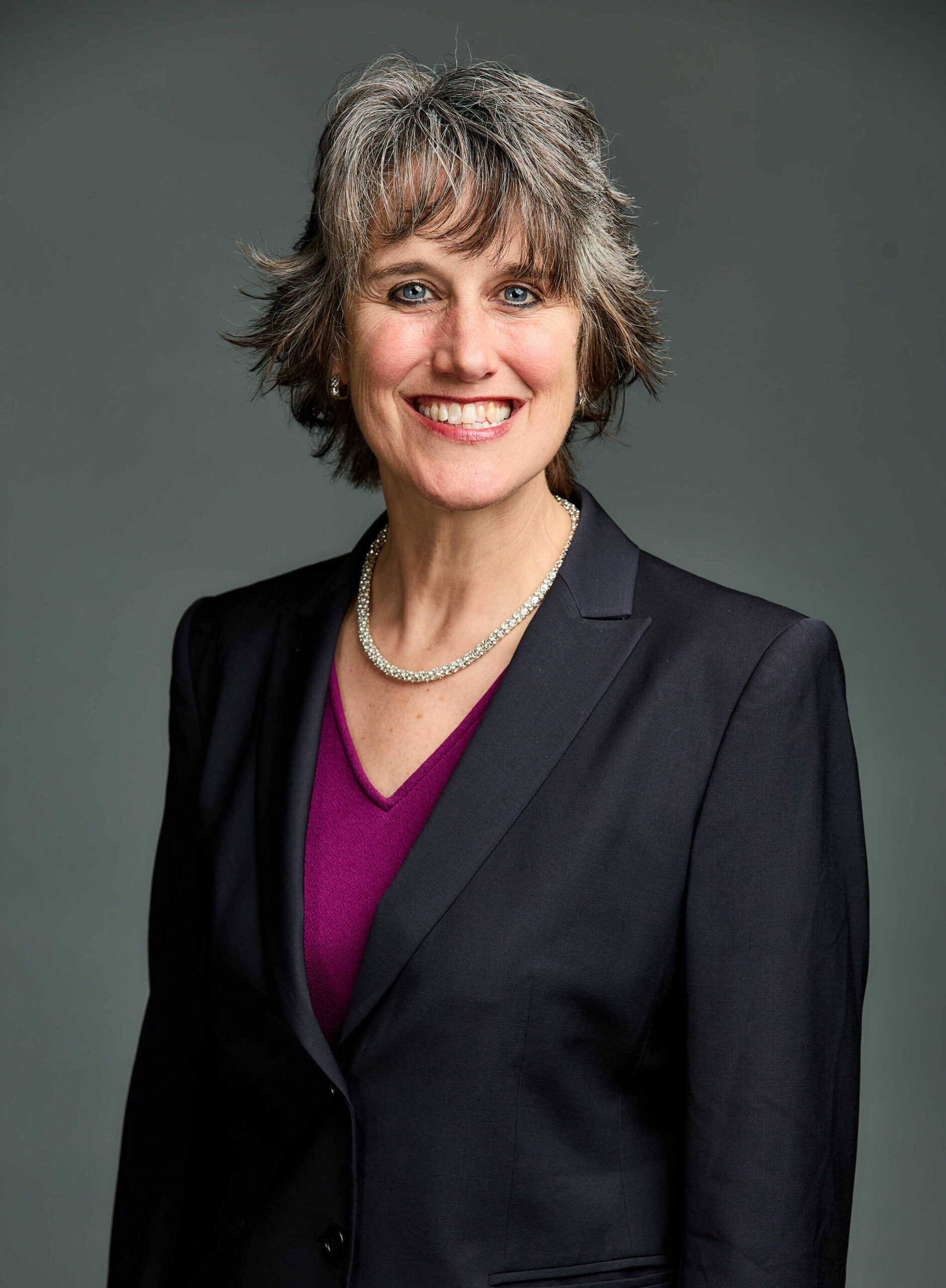 Cindy Hasselbring serves as a K-12 Education Advisor for Next Gen STEM in NASA’s Office of STEM Engagement (OSTEM). In this role, she led the development of NASA’s first online community of practice for educators, CONNECTS, and oversees its implementation. Cindy also serves as NASA Next Gen STEM’s liaison to educator organizations. Prior to Cindy’s role at NASA, she served as Assistant Director and Senior Policy Advisor for STEM Education at the White House Office of Science and Technology Policy. She served as subject matter expert on STEM education for the President’s Council of Advisors of Science and Technology, co-chaired five interagency subcommittees and working groups, and provided multiple reports on STEM education to Congress on behalf of the White House.

Cindy has STEM education policy experience at the state level also leading STEM initiatives at the Maryland State Department of Education, which included the expansion of computer science, development of a youth apprenticeship program, and conducted STEM education workshops for approximately 300 Maryland
educators.

Prior to working at MSDE, Cindy completed two years as an Albert Einstein Distinguished Educator Fellow at the National Science Foundation in Arlington, Virginia where she worked in the Presidential Awards for Excellence in Mathematics in Science Teaching program during her first year. In her second year, she supported the Assistant Director of NSF’s Education and Human Resources Directorate and contributed to the development of the former Federal STEM education strategic plan.

Cindy also led efforts to build a four-year aviation STEM curriculum while serving as Senior Director of the High School Aviation Initiative at the Aircraft Owners and Pilots Association. Cindy has 16 years of teaching experience as a high school mathematics teacher at Milan High School in Milan, Michigan, was awarded the Presidential Award for Excellence in Mathematics and Science Teaching and achieved National Board Certification. She served as an assistant cross country and track coach while at Milan. In her free time, she enjoys spending time with family and flying as a private pilot.

The Michigan Space Grant Consortium is primarily funded through a NASA Training Grant.